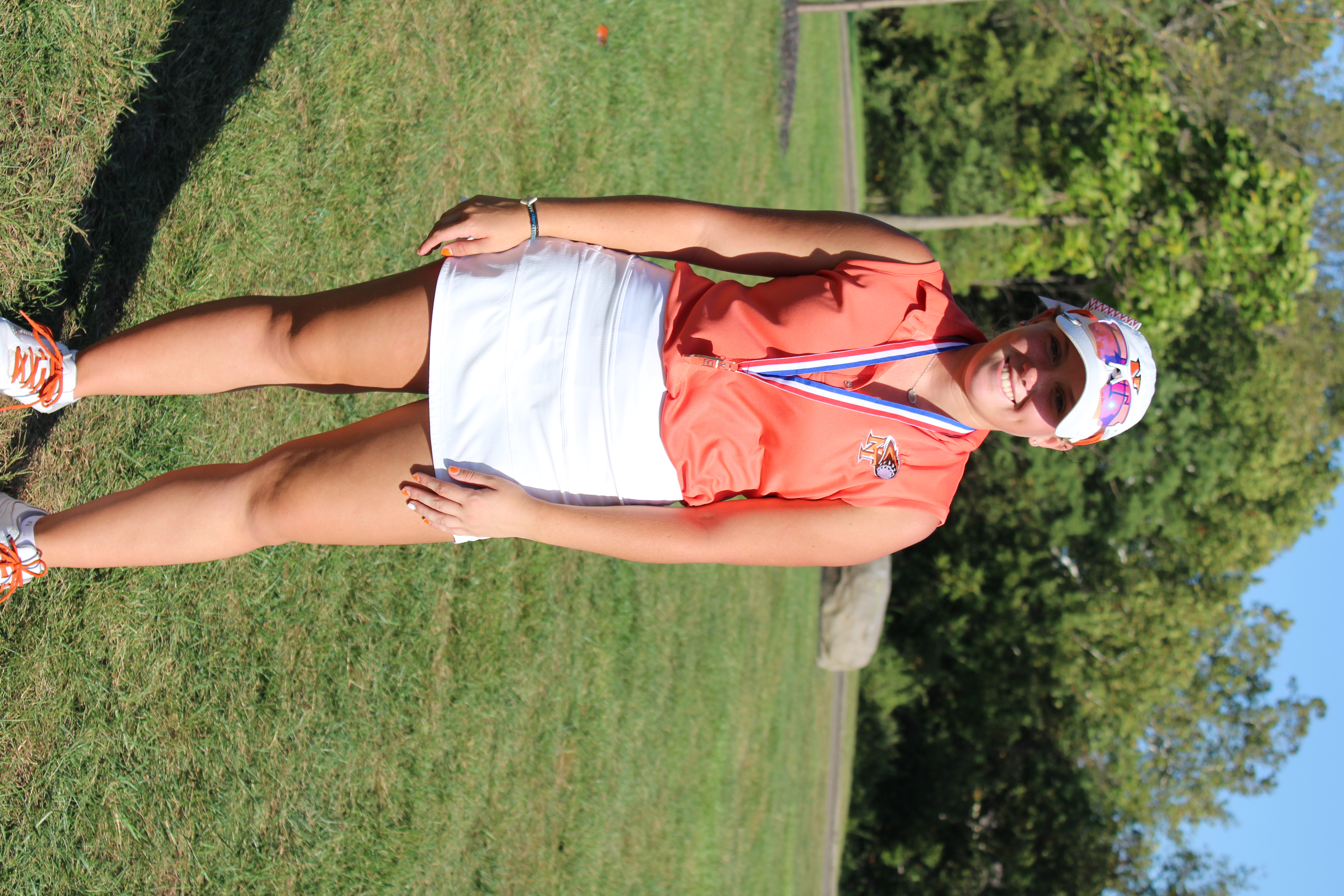 The Varsity Girls Golf team ended their season with an outstanding showing at the Division III District Tournament. The girls put together a very strong round of 373 over 18 windy, tough holes of Pipestone Golf Club in Miamisburg. This enabled them to finish fourth in a very strong field of teams from southwestern Ohio. Only the top two teams (Ben Logan and Alter) advanced to the state meet next week in Columbus.

However, senior Captain Makenna Jones tied for the low individual score of the day (76) and will make her fourth straight trip to the state tournament. Only one other girl from the Southwest District has done this and no other player from Preble County has made it four times. Makenna had an opening front nine score of 40. On the back she caught fire making eagle, birdie on 12 and 13 giving her 2 under par at the time. She did give 2 of those strokes back to finish even par 36 on the back nine. She now moves on to the Gray Course at The Ohio State University next Friday and Saturday. Tee times will be posted later.

Sophomore Katelyn Hines also had a strong showing at the tournament. She drove the ball very well off the tee to avoid making any major mistakes. She had a 46 on the front nine and followed with another 46 on the back to complete the day with a 92. Katelyn has improved steadily over the season playing a very solid number two golfer and looks forward to an even better year in 2020.

Caitlin Gilland, a junior, completed her best season of her career with a 52-47 round total of 99 besting her score from last year’s district tournament. Caitlin has spent a tremendous amount of time on her chipping and putting that has enabled her to lower her season average greatly from last year. She will be another fine anchor member of the 2020 team.

Sophomore Brooklyn Middleton also had another good showing with a pair of 53’s for a 106 total to complete the team scoring. She, too, has improved her putting and also her tee shots. With a lot of hard work Brooklyn should become a very solid player for next year’s team.

The third sophomore team member, Avery Rutan, had a very good score of 116, one of her lowest 18 hole scores of the year. Avery has started coming into her own the last few weeks with several solid rounds and a more solid swing. She, too, has shown great improvement in just her second year of ever playing and will be another good member of the 2020 squad.

“Once again these girls went into a tournament knowing what they had to do to have any chance of advancing,” commented Head Coach Gene Eyler. “Most people probably had us finishing about 7th or 8th, but we were not having that!! The played a great back nine collectively that put us where we ended up. Our total this year was 3 strokes better than last year when the whole team qualified for State. Just another fine showing of the heart and character these girls possess. They have every right to be very proud of themselves and what they’ve accomplished this season.”

The team ends the season with a 13-1 dual match record, the CCC League Championship, 3rd at the Sectional and 4th at District.

No Events This Week

Events are added by athletic staff.
View All Events